There are still mysterious places here on Earth that can easily be mistaken as other worldly because of its landscapes and unnatural features. These places are all over the world but let’s look through top 5 most out-of-this-world places in the USA.

DEVIL’S TOWER, WYOMING
This gigantic rock butte is the setting for one of Steven Spielberg’s famous alien thriller movie, and rightfully so because it does look like a mountain on outer space. Though, it may look out of place in this world, this large rock formation is sacred to Native American tribes and up to now still is a site of sacred rituals and offerings. 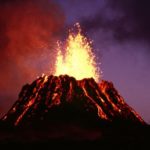 KILAUEA VOLCANO, HAWAII
Volcanoes are not just present on Earth, one of the satellites of Jupiter has an active volcano too, but Hawaii’s Kilauea Volcano is not far behind. It is considered as the most active volcano on Earth because it has been continuously erupting for 35 years. Lava emissions spring forth forming lava tubes here and there even under the cool waters of Pacific Ocean. 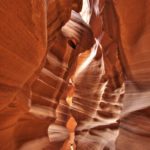 ANTELOPE CANYON, ARIZONA
Over the course of millions of years, through geomorphic processes beautiful canyons, like the ones in Arizona, are formed. Antelope Canyon would be an inkling on what other planets in the galaxy would look like. The wave patterns on the walls are results of flash flooding and heavy monsoon rainfalls, eventually, smoothing out rugged edges of sandstone. 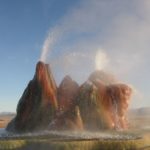 FLY GEYSER, NEVADA
The formation of this geyser was not natural, a local geothermic company drilled on this site but had errors that resulted to this geyser. Multiple hues of green and red from thermophilic algae combined with geothermal water makes the huge mound glisten. This colorful mound is continually growing because of accumulation of dissolved minerals from underneath goes with the erupting water, the mound changes shape over the years looking more and more outlandish. 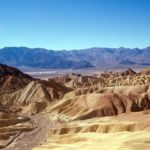 DEATH VALLEY, CALIFORNIA
Death Valley is an extreme place to visit because it is the hottest and the driest place in the whole of America. The scenery you’ll see here will remind you of a faraway planet that has no signs of life, even NASA thinks the same, since they used the vastness of this national park to practice the landing of their Mars rovers. Aside from the extreme temperature, the elevation on this area are on extremes too, at 11000 feet stands the highest peak in the park called Telescope Peak and a 282 feet below sea level depression called Badwater Basin.